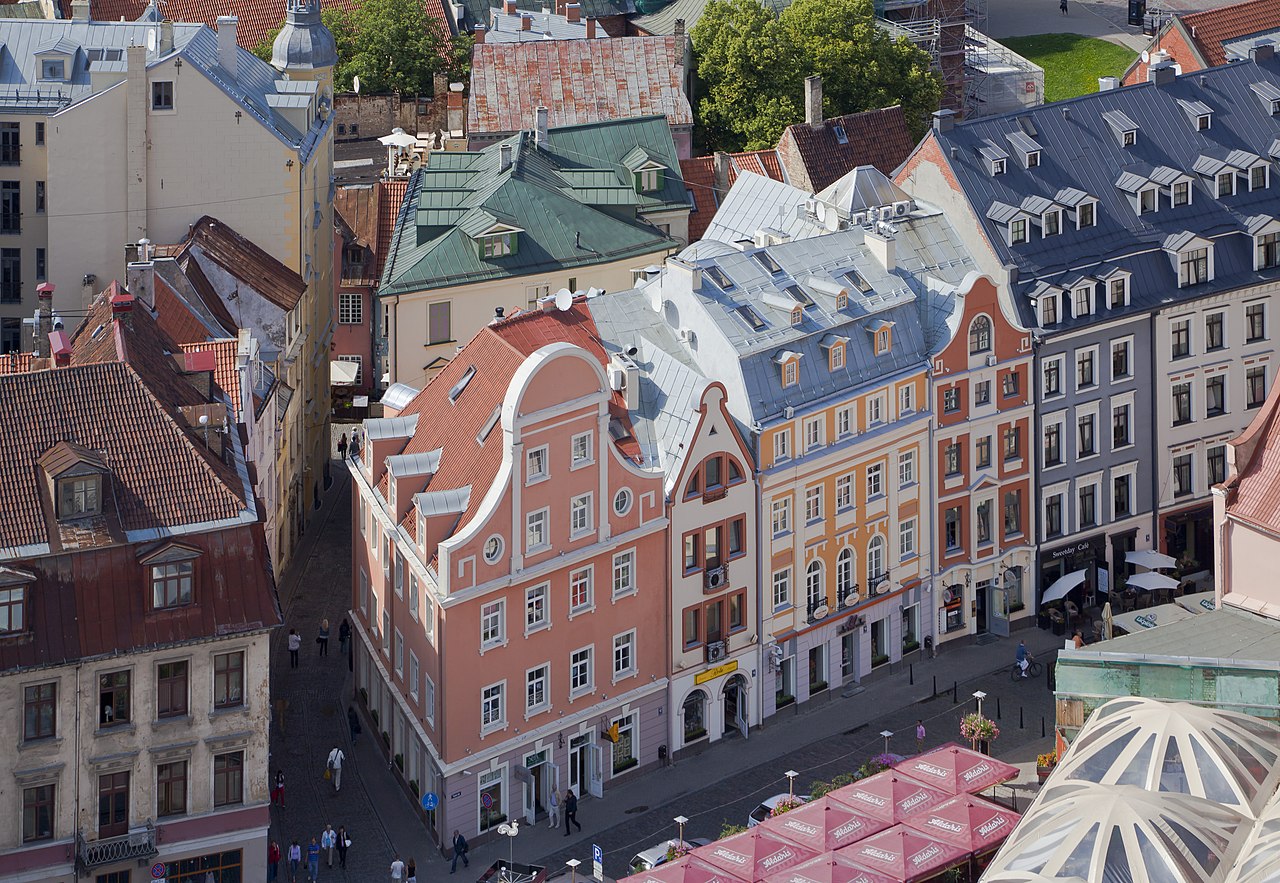 Riga is the capital of Latvia and is home to 627,487 inhabitants (2020), which is a third of Latvia's population. Being significantly larger than other cities of Latvia, Riga is the country's primate city. It is also the largest city in the three Baltic states and is home to one tenth of the three Baltic states' combined population. The city lies on the Gulf of Riga at the mouth of the Daugava river where it meets the Baltic Sea. Riga's territory covers 307.17 km2 (118.60 sq mi) and lies 1–10 m (3 ft 3 in–32 ft 10 in) above sea level, on a flat and sandy plain. Riga was founded in 1201 and is a former Hanseatic League member. Riga's historical centre is a UNESCO World Heritage Site, noted for its Art Nouveau/Jugendstil architecture and 19th century wooden architecture. Riga was the European Capital of Culture in 2014, along with Umeå in Sweden. Riga hosted the 2006 NATO Summit, the Eurovision Song Contest 2003, the 2006 IIHF Men's World Ice Hockey Championships and the 2013 World Women's Curling Championship. It is home to the European Union's office of European Regulators for Electronic Communications (BEREC). In 2017, it was named the European Region of Gastronomy. In 2016, Riga received over 1.4 million visitors. The city is served by Riga International Airport, the largest and busiest airport in the Baltic states. Riga is a member of Eurocities, the Union of the Baltic Cities (UBC) and Union of Capitals of the European Union (UCEU).