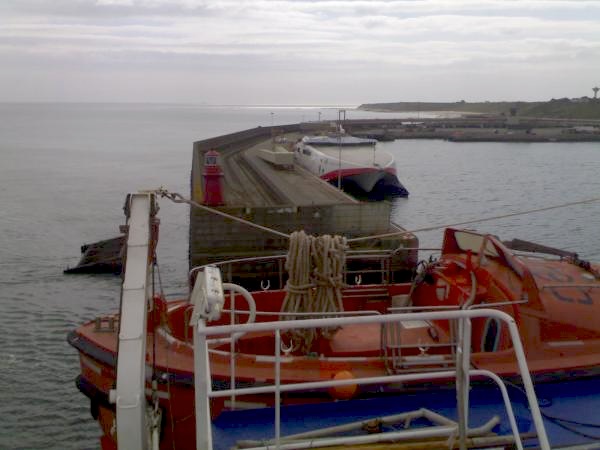 The village of Rosslare Harbour, also known as Ballygeary, grew up to serve the needs of the harbour of the same name (now called Rosslare Europort), first developed in 1906 by the Great Western Railway and the Great Southern and Western Railway to accommodate steamferry traffic between Great Britain and Ireland. This port also serves France and Spain, traffic is mainly roll-on roll-off (RoRo). Rosslare Harbour railway station opened on 30 August 1906.