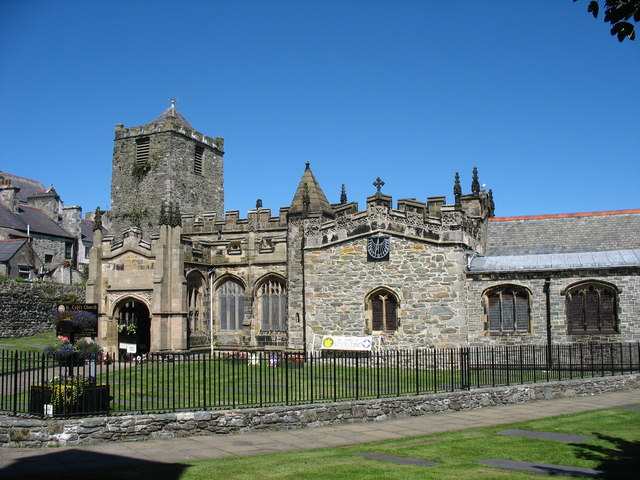 Holyhead is a town in Wales and a major Irish Sea port serving Ireland. It is also a community and the largest town in the Isle of Anglesey county, with a population of 13,659 at the 2011 census. Holyhead is on Holy Island, which is separated from Anglesey by the narrow Cymyran Strait and was originally connected to Anglesey via the Four Mile Bridge. In the mid-19th century, Lord Stanley, a local philanthropist, funded the building of a larger causeway, known locally as "The Cobb", it now carries the A5 and the railway line. The A55 dual carriageway runs parallel to the Cobb on a modern causeway.