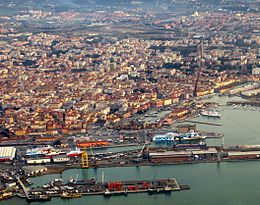 Livorno is a port city on the Ligurian Sea on the western coast of Tuscany, Italy. It is the capital of the Province of Livorno, having a population of 158,493 residents in December 2017. It is traditionally known in English as Leghorn.