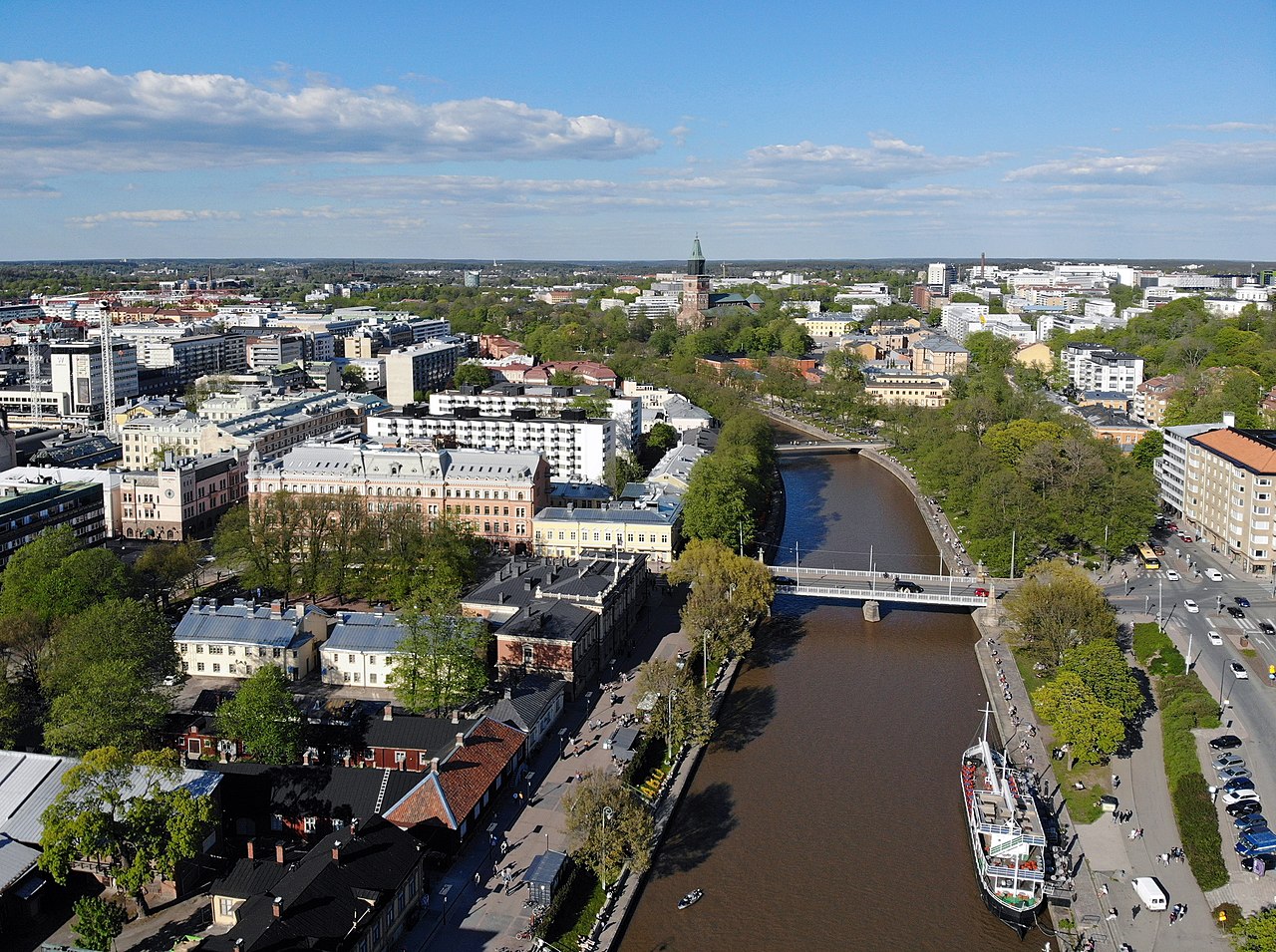 Turku is a city on the southwest coast of Finland at the mouth of the Aura River, in the region of Finland Proper (Varsinais-Suomi). The region was originally called Suomi (Finland), which later became the name for the whole country. It is unknown when Turku gained city rights. The Pope first mentioned the town Aboa in his Bulla in 1229 and the year is now used as the foundation year of the city. As the oldest town in the country, Turku is the most important city in Finland, a status it retained for hundreds of years throughout the centuries under the rule of the Kingdom of Sweden. After the Finnish war, Finland became an autonomous grand duchy of the Russian Empire (1809) under the direct rule of the Czar and the capital of the autonomous Grand Duchy of Finland was moved to Helsinki (1812). It was only after the last great fire in 1827 that most governmental institutions were moved to Helsinki along with the Academy of Turku (Turun Akatemia) founded in 1640, which then became the University of Helsinki. Turku continued to be the most populous city in Finland until the end of the 1840s, and it remains the regional capital and an important business and cultural center and port. Because of its long history, it has been the site of many important events, and has extensively influenced Finnish history. The history of the country is closely linked to Turku, the former capital. Along with Tallinn, the capital city of Estonia, Turku was designated the European Capital of Culture for 2011. In 1996, it was declared the official Christmas City of Finland. Due to its location, Turku is a notable commercial and passenger seaport with over three million passengers traveling through the Port of Turku each year to Stockholm and Mariehamn. As of 30 September 2018, the population of Turku was 191.499 making it the sixth largest city in Finland. There were 330.192 inhabitants living in the Turku sub-region, ranking it as the third largest urban area in Finland after the Greater Helsinki area and Tampere sub-region. The city is officially bilingual as 5.2 percent of its population identify Swedish as a mother-tongue.